A new method of producing byrostatin 1, a naturally occurring compound, has been found, allowing research into this promising therapeutic to continue.

Byrostatin 1 has shown promising results in a number of major diseases, including Alzheimer’s, HIV and cancer, although limited supply has halted much of the possible drug development. However, this may be set to change, as research from Professor Paul Wender and his team at Chemistry, Engineering & Medicine for Human Health, Stanford University (CA, USA), have developed a new method of production. Their paper, published in Science, describes their new, simplified and significantly more efficient method of synthesis. This new availability of byrostatin 1 will allow a number of proposed studies to go ahead that would otherwise not be feasible.

The pharmaceuticals industry has long since turned to nature for inspiration when looking for new compounds. Naturally occurring chemicals found to have beneficial effects have formed the basis for many modern medicines. One such compound is byrostatin, discovered on a fishing expedition in the Gulf of Mexico in 1968. It naturally occurs in the marine pest Bugula neritina and initially showed potential in cancer research, leading to the identification of the structure of its active ingredient, ‘byrostatin 1’, 5 years later.

Since then it has shown promise in trials for HIV and Alzheimer’s disease; however, limited supply is halting this research. Less than 20g of the naturally occurring compound has ever been extracted from B. neritina. Additionally, the existing method of producing it synthetically is massively complicated, costly and inefficient, involving 57 steps.

In answer to this demand, Professor Wender and his team set out to devise an improved method of synthesizing this sought after compound.

After 2 years of research they have developed a far more efficient method, cutting the existing, lengthy process of 57 steps down to a 29-step process. The efficiency of their new method is also substantially improved, with a yield of 4.8%. With this development, Wender is quoted to speculate that production will cover research and clinical needs, estimating a 20g annual yield. This will allow many new avenues of research to be explored including continued studies into its effectiveness as a cancer immunotherapy agent and promising developments in Alzheimer’s disease research.

An analog of byrostatin 1 has also recently been shown to activate latent HIV-infected cells allowing them to be targeted both by the immune system and existing HIV drugs. Combined with the newfound availability of this compound, Wender stated that this therefore may also be a starting block to “a clinical conversation about eradicating HIV/AIDS”.

Back to Natural products
Next 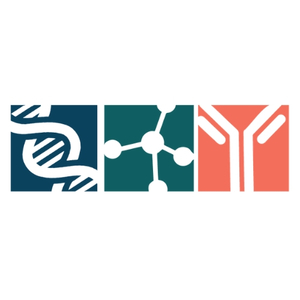