Viperin – the natural compound that can stop viruses from replicating

Researchers identify a naturally occurring enzyme, viperin , which can lead to the inhibition of DNA replication in some of the world’s most prolific viruses, potentially answering the call for an effective antiviral drug that doesn’t inadvertently harm the host cell.

Scientists from Albert Einstein College of Medicine (NY, USA) and The Pennsylvania State University (Penn State; PA, USA) recently published an article in Nature bringing to attention an enzyme, produced in the human body, which has the ability to inhibit the replication of viral DNA and RNA. Viruses such as rabies, West Nile virus, dengue and HIV have a global distribution and devastating socioeconomic impacts.

The enzyme, viperin, achieves this by interfering with the protein interactions of the host cell and virus. It does this by encouraging a reaction that produces a molecule affectionately known as ddhCTP. This molecule then goes on to terminate the RNA polymerase chain reaction by acting as a ‘nucleotide analog’, preventing RNA polymerase from attaching nucleotides to the remaining strand and therefore stopping viruses (specifically flaviviruses) from replicating their DNA and infecting the host.

“Our collaborators at the Albert Einstein College of Medicine, led by senior authors Tyler Grove and Steven Almo, revealed that viperin catalyzes an important reaction that results in the creation of a molecule called ddhCTP… With a better understanding of how viperin prevents viruses from replicating, we hope to be able to design better antivirals,” commented Craig Cameron, professor of biochemistry and molecular biology at Penn State and a leading author of the study.

The discovery of such nucleotide analogs was monumental, as it meant that you could administer antiviral drugs that only affected the DNA of the invading pathogen and didn’t kill the infected host cell. However, there is a catch: these nucleotides aren’t commonly protein specific, so the risk of the nucleotide analogs interfering with other proteins or enzyme driven reactions can be high, which could have negative effects on the host.

“The major obstacle to developing therapeutically useful antiviral nucleotides is unintended targets,” stated Jamie Arnold, assistant professor of biochemistry and molecular biology at Penn State and co-author of the study “For example, a few years ago we discovered that a nucleotide analog under development for treatment of hepatitis C could interfere with the production of RNA in mitochondria, subcellular organelles important for energy production in the patient’s own cells. That meant people with mitochondrial dysfunction are predisposed to any negative effects of this unintended interference.”

The discovery in this article is particularly exciting as it utilizes a natural compound for a more targeted approach, meaning it is less likely to have toxic effects on the body:

“Unlike many of our current drugs, ddhCTP is encoded by the cells of humans and other mammals,” commented Cameron. “We have been synthesizing nucleotide analogs for years, but here we see that nature beat us to the punch and created a nucleotide analog that can deal with a virus in living cells and does not exhibit any toxicity to date.”

The researchers first established that viperin catalyzes the reaction to form ddhCTP by stimulating viperin and macrophage expressing mammalian cells with IFNα. The result was that large quantities of ddhCTP were produced.

The next step was to investigate how effective ddhCTP was at halting viral replication in living cells when put up to the test against a flavivirus. In this instance, the researchers tested it against Zika virus, for which there is currently no effective treatment. Joyce Jones, another assistant professor at Penn State, explained the results: “The molecule directly inhibited replication of three different strains of Zika virus… It was equally effective against the original strain from 1947 as it was against two strains from the recent 2016 outbreak. This is particularly exciting because there are no known treatments for Zika. This study highlights a new avenue of research into natural compounds like ddhCTP that could be used in future treatments.”

Although ddhCTP has proven efficacy against flaviviruses, it is not successful when used against different groups, such as picornaviruses. The specific polymerase structures of the different virus groups could be responsible for this disparity in results when treated with viperin. Further research into the differing structures of viruses could potentially lead to the development of more dexterous antiviral agents on the premise set by viperin in this research, as well as providing valuable insights into antiviral agent resistance.

“Development of resistance to an antiviral agent is always an issue,” said Cameron, “Having some idea of how resistance happens, or being able to prevent it from happening, will be critical if this is to be used as a broad-spectrum therapy.”

The potential of natural products as multi-targeting drugs

Back to Natural products
Next 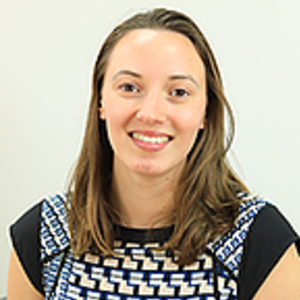